Green Party Women elect their committee at their AGM at Autumn Conference, who can be contacted on email here 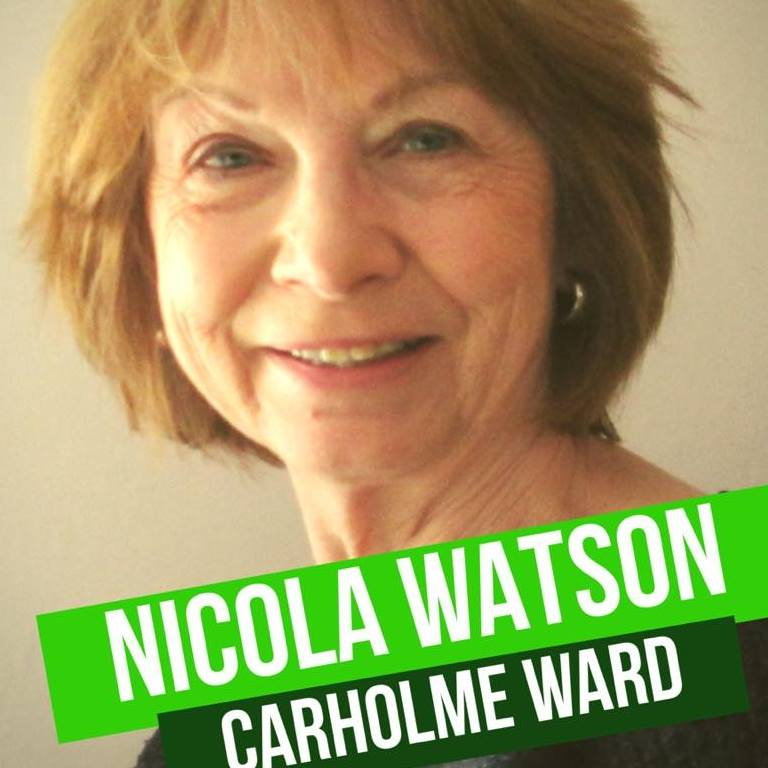 I joined the Ecology Party in 1984 when I was living in Stockport.  I became a more active member when I moved to Sheffield in 1988 and took on the role of Secretary and started attending Conference.  We stood a candidate in the European Elections in 1989 - the year when the Green Party gained 15% of the vote but no MEPs.

I have held a number of roles in the Green Party locally and nationally.  I served one term of 3 years as Conference Co-ordinator on GPEx during the period when we gained one member of the Scottish Assembly, two MEPs and three London Assembly members.  Some years later, I served two terms on Regional Council, as Co-Chair for most of that time.

I always put sustainability at the heart of all my interests and campaigning priorities in the Party  - although proportional representation is a close second. I consider myself to be a team player and believe that the Green Party is the only one bold enough to tell the public the seriousness of climate change and offer the policies needed to halt it. 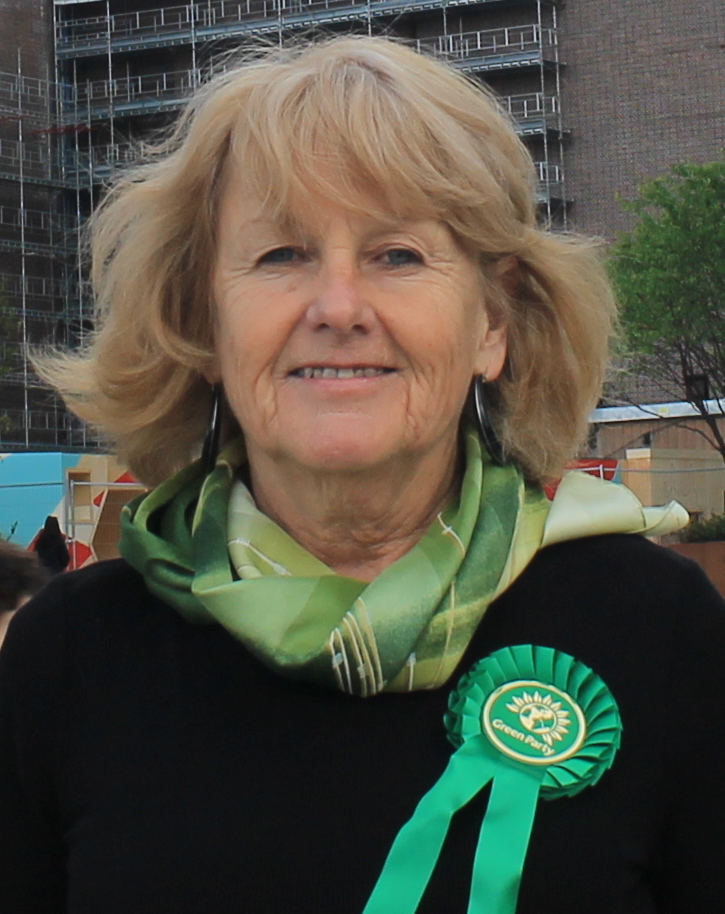 I was born and brought up in Zimbabwe, in those days called Rhodesia with its own and equally abhorrent version of apartheid.  I escaped by being accepted at Cardiff University in 1973. My first career was in filmmaking, first as part of the London Filmmaker’s co-op where I ran skill-sharing workshops for women and later as a free-lance editor working on pop-videos with directors such as Derek Jarman and John Maybury as well on documentaries for Bandung Productions such as the multicultural arts series Rear Window.

As a single parent, needing to work more regular hours as my son grew up, I then moved into teaching documentary filmmaking.  Towards the end of that part of my career I was chair of my university’s branch of UCU fighting 100 redundancies – but we lost and I retrained as an ESOL teacher. I currently teach ESOL classes for parents and carers at various schools and children’s centres in London.

I joined the Green Party around 2006 and have served as Co-ordinator and Treasurer for my local party, Wandsworth, where I have stood twice as a parliamentary candidate and twice as a council candidate.  I am currently the Local Party Support officer for London Green Party.

Locally, I was part of the group that occupied Battersea Park Adventure Playground to resist closure – we lost; and fought against Formula E racing in Battersea Park –we won!  My activist efforts are now focused mainly on resisting property developers and regeneration but also include trying to shut down the arms fair and immigration detention centres, defending freedom of movement and reforming our voting system.  I have a youtube channel here where you can see a range of campaigning videos I have made over the years. 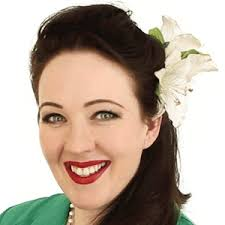 I am a scientist/researcher, musician and filmmaker. My work uses narrative film as a means to highlight difficult and political issues. My current work focuses on the intersection of women’s rights and climate change. I have been a lifelong activist and a staunch campaigner for the rights of women and girls. I joined the Green Party in 2014 when UKIP began to make inroads into the region, targeting the most deprived areas.

In primary school I successfully campaigned to have sex-segregated music classes (in a mixed-sex state school) following disruptions from other students, and have been annoyingly active ever since.

I have organised and spoken at Women’s Rights events both within and outside the Green Party. In Sep 2018, myself and a colleague organised a Woman’s policy debating group established at the regional conference, in which we highlighted concerns to women members that were not being discussed at a wider Green Party Level. Subjects included Pornography, Prostitution and Self ID. Having spent many years in teaching, I have a thorough understanding of Safeguarding issues and was concerned at delays in adopting policy. I am staggered that GPEW has no Women’s Policy and have submitted motions to conference to address that glaring oversight. I will continue to do so until GPEW recognises the protected characteristic of sex and acknowledges misogyny as a hate crime.

I stood as the PPC for Blyth Valley 2015 and 2017 General elections and as an MEP in 2019. I also ran the election campaign across the North-East region. I believe we are at a very divisive time in British politics and robust debate is the only way to resolve our differences and move forward to tackle global climate change. I am happy to discuss anything in public, providing basic rules of etiquette and civility are observed.

I am the newly elected Local Party Support officer on GPEx. 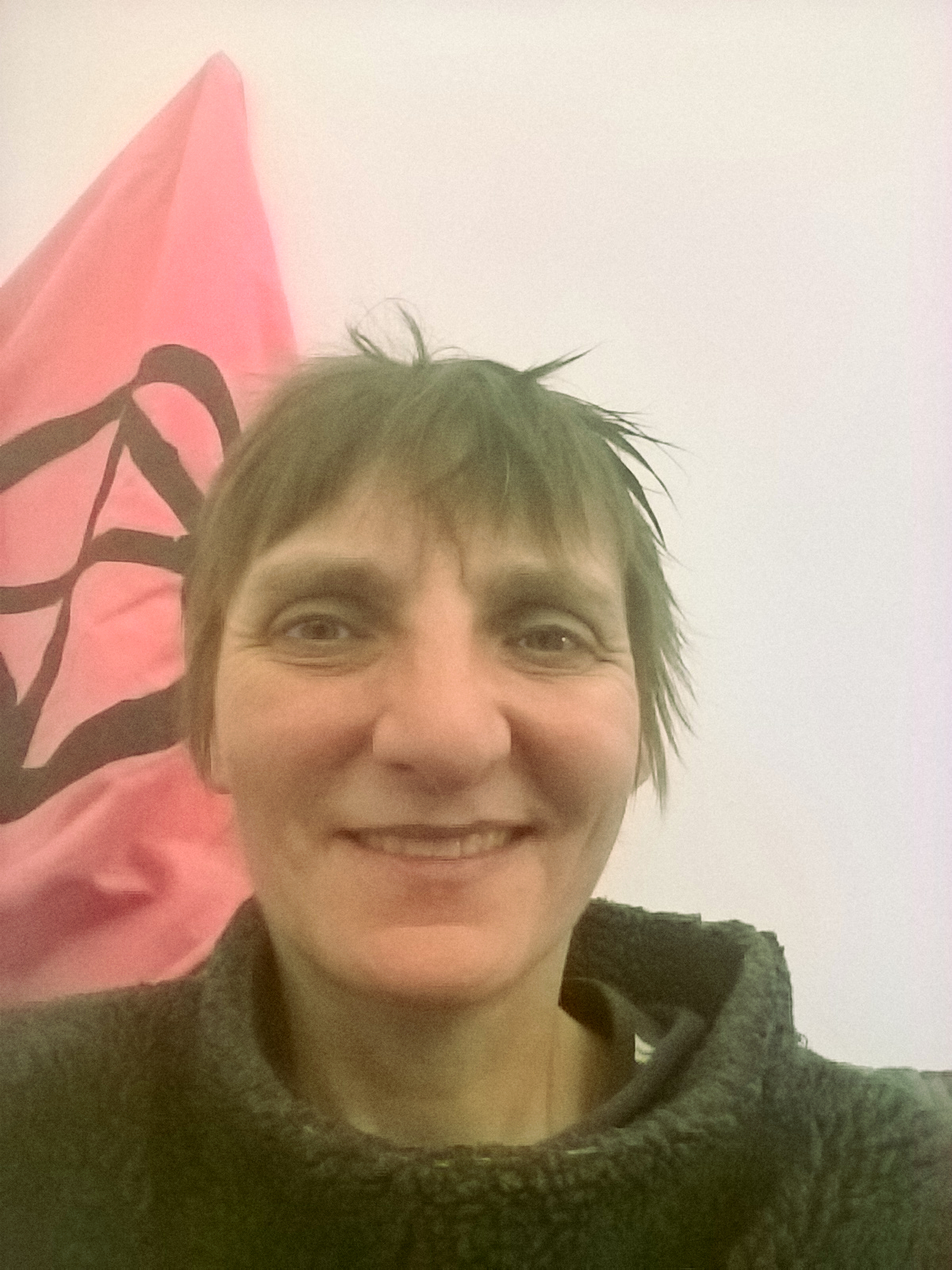 I have been a member of the Green Party for around a decade, though until recently I was not actively involved, but I am certainly looking forward to getting stuck in now. Most of my previous political activism was centred around nuclear disarmament and local cuts to services. I am a supporter of Extinction Rebellion and have been to London to join them on several occasions

I have had a variety of jobs rather than a career including working as a barmaid, cleaner and waitress before going to college as a mature student to study animation. I then worked in the conferencing industry for several years before leaving to become a foster carer and a gardener. I live quite near Sizewell B nuclear power station in Suffolk and I am a member of a local campaign against Sizewell C. I am very interested in the issues around energy production and consumption, and I have recently been appointed as a non elected member of my town council climate change committee.

As an opponent of nuclear power I have participated in 4 stages of the public consultation against Sizewell C. This involves researching and writing up detailed evidence and arguments, and I hope to bring these skills to Green Party Women. I am particularly excited about the recent GPW plan to focus on women in the criminal justice system, because I believe that, especially as climate change impacts women disproportionately in comparison to men, there will be a growing need to understand the effect it has on all our lives.

I don’t have many hobbies per se, though I like having a go at fixing things and making things including building an extension, a shed, a computer and fixing things like washing machines and the plumbing. And I do spend far too many hours on facebook.

The Green Party are proudly feminist, and unlike other major political parties in the UK, the majority of our leading politicians are women. We have rules ensuring gender balance within our leadership (including for our Welsh Party), our regional and Parliamentary candidates, and for the chairs of our regional council and Young Greens. The Executive also aim to appoint at least 50% women or gender variant policy spokespeople.

Here are a selection of our leading politicians, followed by details of our current Green Party Women committee and how to get in touch with them

Amelia was first elected Deputy Leader of the Green Party in 2014, and was re-elected in 2016 and 2018. Amelia stood as the Green Party's Parliamentary Candidate for Camberwell and Peckham in 2015, and as a constituency candidate in the Welsh Assembly elections in 2016

Caroline was elected as our first Green MP in 2010, for Brighton Pavilion.

Caroline was elected as the first Leader of the Green Party in 2010, and returned as Co-Leader of the Party alongside Jonathan Bartley, 2016-2018.

Member of the European Parliament

Jean has been the Green MEP for London since 1999 and was named Justice and Human Rights MEP of the year 2005.

Member of the European Parliament

Jenny is the Green Party member of the House of Lords, and was a London Assembly 2000-2016, during which time she also held the position of Deputy Mayor.

Caroline was elected to the London Assembly in 2016, and was elected as a Councillor for Highgate East, Islington, in 2014.

The Equality and Diversity Coordinator(s) who sits on GPEx (our national Executive Committee) is/are also automatically a member of our Committee unless they are are a man.

Don't worry if you don't receive an auto-welcome when you sign up - we're working on it! Please be reassured you will have been added to the list and we are very pleased to have you :)